This page was created for attendees of the 2017 National Conference on Health Communication, Marketing, and Media to view campaign assets as described in the abstract presented by Tim Mask. These campaign assets are for the HIV/STD outreach effort created by Maris, West & Baker for the Mississippi State Department of Health between the years 2012 – 2017.

NOTE: Some of these assets contain frank and explicit language and suggestive content. If you are easily offended by such content, please exit the page. The videos embedded below are NSFW. 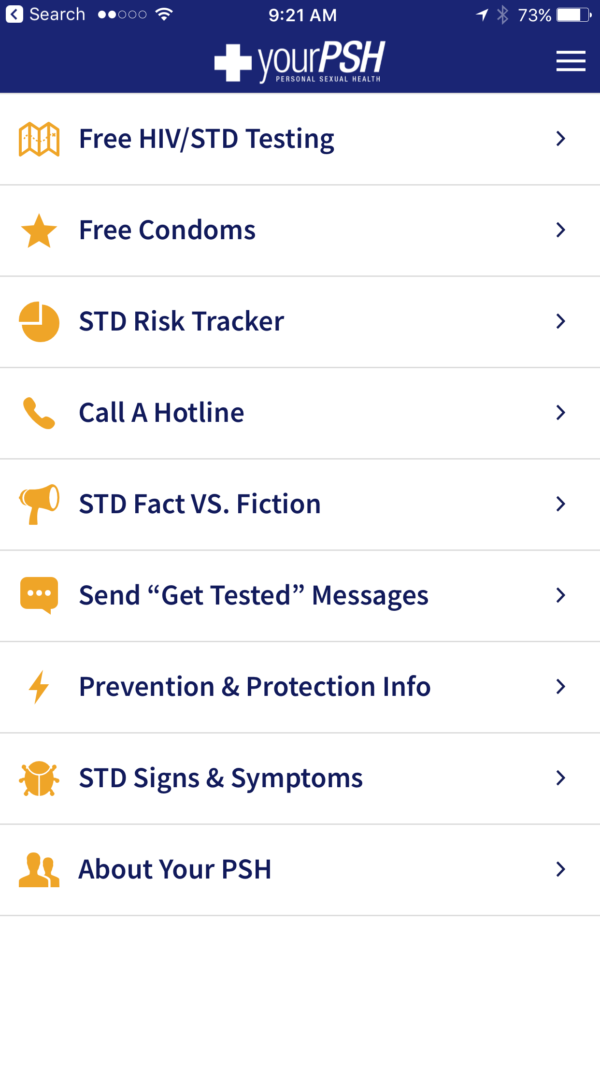 Click here to download the myPSH app from the Apple iTunes Store. If you do not have an iPhone please search for “myPSH” in the Google Play store.

Marcus is a Mississippian living with HIV. In this spot utilized for television and web outreach, Marcus underscores how individuals with HIV can live productive and happy lives. Marcus emphasizes the need to get tested and get treatment.

These two spots were used for television and web outreach. On television, they ran only after 9 P.M. and on platforms that are frequently watched by older teens and young adults. Both assets feature youth who are obviously involved in sexual activity, and stress the importance of frequent HIV/STD testing if you are sexually active.

These videos focus on both straight and same sex couples. These outreach messages were served on the Tinder and Grindr dating app platforms and associated websites, targeted at young adults. The messages underscore the need for sexually active people to be tested regularly for HIV and STDs.

There exists significant stigma, particularly within communities of color in the Southeastern United States, with male same-sex activity. The unwillingness of individuals to confront loved ones has lead to further spread of STDs and HIV, disproportionately among minority populations. To tackle such a delicate subject, it was decided that¬†comedy would provide the best medium. A noted regional comic was commissioned to develop a half-hour standup set. Content of the set would encourage females who are the lives of males who have same sex relations to urge them to get tested for HIV and STDs. Two live shows have been performed in different areas of Mississippi, with two more scheduled this fall. At the conclusion, the shows will be edited for publishing and distribution across social media channels. UPDATE: The shows are now live. Visit condomsandcomedy.com to view.

There existed a need to help dispel myths that many teens hold in regard to STDs and HIV, but it had to be done in a way that was engaging and relevant to them. A character – the persona of “STD” as an over-the-hill and over-the-top mixed martial artist was developed. This character took viewer emails to address questions and myths about sexually transmitted diseases…with the aid of a health professional. The campaign was served primarily view YouTube pre-roll and received over 250,000 views in just a month (93% from Mississippi audiences).

Like many largely rural states, Mississippi is relatively socially conservative. This makes discussing safe sex practices and condom usage somewhat difficult. Education and instructional materials are often “overly clinical” or overly sanitized, which leads to a lack of engagement with teens and young adults. The “Condom Challenge” was developed as a web-based “show” and promotional outreach campaign designed to be entertaining enough to hold the attention of Mississippi teens, while concurrently delivering¬†safe-sex messaging¬†in a credible and relevant manner. ¬†”Condom Challenge” solicited real condom tricks via an Instagram and Twitter campaign, and the full “show” is¬†slated to air on YouTube this fall, being promoted by teasers on Twitter and Instagram.