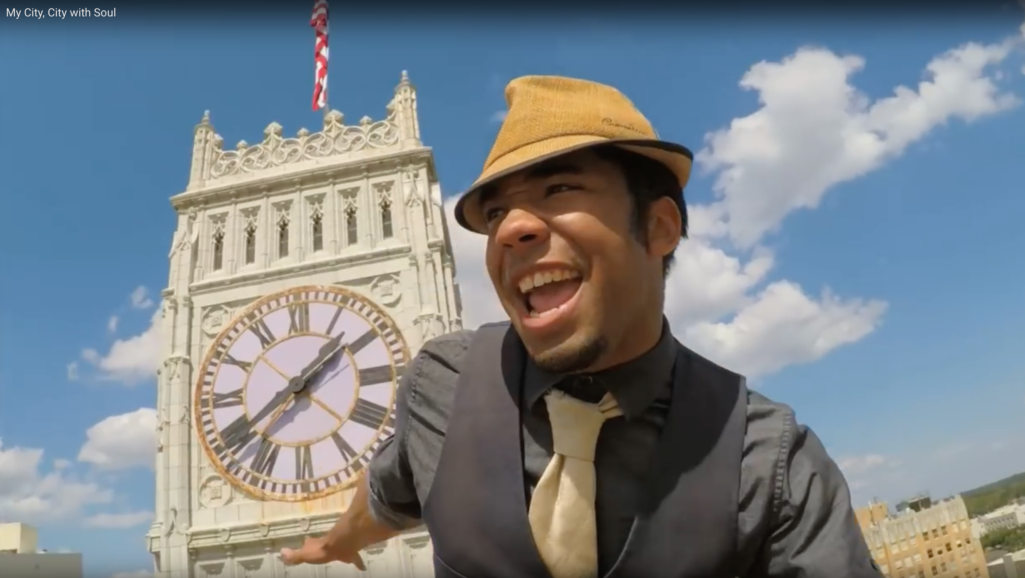 It began with a realization about the power of sound and symphony…the concept of lyrical branding. Assigning qualities to a place through the use of original song and melody. Visit Jackson, the organization tasked with promoting hospitality and tourism for Mississippi’s capital city, sought to create a campaign that would establish the place as a unique and authentic destination also appealing to Millennial-aged travelers. The result was a pop/Soul/R&B style original sound track called “My City.” MWB collaborated with recording artist Adam “AJC” Collier and his band The Envelope Pushers to create a song that embodied the spirit of Jackson and captured the vibrant creative scene of the city. MWB then teamed with creative filmmaking company Spot On Productions to add a captivating visual element to the project, in the form of a music video that used interesting places and events of Jackson as a backdrop for performing the song.

Now the My City effort has been recognized as a finalist in the London-based 2017 City/Nation/Place Awards in the category of “Best Expression of Place Through Design.” Other finalists in the category are campaigns produced for Courmayeur, Italy; Eindhoven in the Netherlands;¬†Luxembourg; and South Africa. Across all five categories and 25 total finalists, Jackson was one of only three US-based destinations honored.

“To say we are excited is an understatement,” said Keith Fraser, MWB Art Director on the project. “It is very satisfying to be able to showcase the creative culture of Jackson and reinforce its appeal as a destination market.”

The winners in each category will be announced during the annual City/Nation/Place conference in London on 9 November. Win or lose, the creative team behind¬†My City ultimately knows that being recognized in this manner is a big win for Jackson and Mississippi tourism.

“Jackson has a very diverse and creative cultural scene,” said Marc Leffler, MWB Creative Director for¬†My City. “Being recognized on an international scale really reinforces this concept. If you’re interested in authentic, unique, and kinetic experiences, Jackson, Mississippi won’t disappoint. We wanted to be sure and convey that through the¬†My City video.”

The¬†My City project is the initial execution of a larger place-branding destination strategy being implemented by Visit Jackson and their agency MWB.

Jonathan Pettus, Vice President of Marketing for Visit Jackson noted, “We wanted the audio and visual elements to be much less of a jingle and sales video, and more a bona fide reflection of pop culture. The concept of ‘place’ is increasingly important for travelers of all ages, and especially Millennials. The¬†My City project is the initial production in an overall destination branding strategy that focuses on Jackson itself as an overall cultural experience. This is why we were especially honored to be recognized by a prestigious international awards show that emphasizes the importance of place branding.”

Representing place branding stories from four continents, City/Nation/Place award finalists are sharing their approaches to attracting tourism, driving economic development and engaging citizens through great communications and a clear-sighted vision of their objectives.

Place brand strategies need to focus on long-term goals ‚Äì these Awards recognise the need for measurable progress in the shorter term which contribute to the longer-term brand management approach.

These case studies will be shared at the City Nation Place Global conference in November, when the winners in each category will be announced.