Meet Jana Bell, The Lady Behind the Landmass 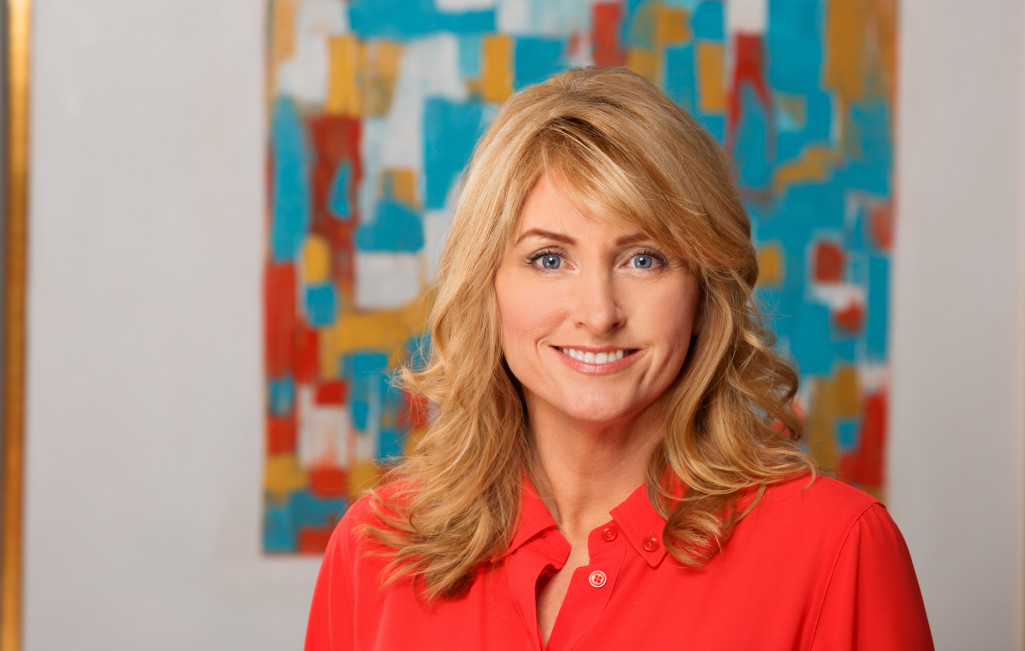 If you were in Mississippi during late August 2012, there’s a good chance you were watching The Weather Channel and killing time on Facebook. For MWB’s Jana Bell, those two worlds came together in a unique and memorable way when a Facebook page she created, The Landmass Between NOLA and Mobile, to make light of a Weather Channel gaffe that suddenly went viral.

Set the stage for us. What led up to the Landmass page?

BELL: It was 2012, and Hurricane Isaac was coming through. It was about seven years after Hurricane Katrina, which devastated the Mississippi Gulf Coast, so we were really prepared for the worst.

A lot of Mississippians felt like we really got the short end of the stick with Katrina. New Orleans had the big flood, so all the attention was diverted there which you can read anywhere. Governor Barbour handled it well – our state really took care of business and didn’t have the same kind of problems with the hurricane response in Mississippi. But, Katrina’s landfall was in Mississippi. We had massive destruction and many lives lost. We just didn’t get the media attention.

So when Isaac came along, everyone was stuck at home glued to the TV, watching all the updates and worried about this one being another Katrina. But this time was different because of Facebook. Most people weren’t on Facebook back in 2005, but now, in 2012, everyone is talking about Hurricane Isaac online.

I was bored. I was sitting at home, and I was on Facebook as I always was at the time, and I saw a post that caught my eye from a friend – she’s very sarcastic and funny – and the post said “Hey, Weather Channel, that landmass you’re talking about is called ‘Mississippi.'”

So I was trying to figure out what that meant. Apparently, in describing the path of the hurricane, someone on the The Weather Channel mentioned New Orleans, Mobile and the “Landmass” in between the two cities. And so I just decided that I would create a page called “The Landmass Between NOLA and Mobile” as a joke.

When did the page start attracting followers?

BELL: Almost immediately. I set it up and soon after I made it public my friend, Becky, liked the page. From that point on, it just started growing and growing, exponentially. Literally for three days, I sat at my computer and slept very little because I was in awe of what was going on. At the time, Facebook had a counter on pages where you could see the likes as they happened, and it was just ticking. I was getting about a like a second.

Within the first few hours, the page grew to about 10,000 fans. Within 48 hours, we had 52,000 people liking the page. I think it just hit a nerve. On Facebook, I think you either have to make people laugh or piss them off if you want to go viral. And I think, with that page, we succeeded in doing both at the same time.

Pretty soon your page started getting attention off of Facebook, right?

It kept going. There was a girl from Nashville, originally from Mississippi, who wrote a country song about the landmass. It’s on YouTube. There’s now a comedy troupe on the coast called Landmass Comedy. They have a comedy club and people do amateur nights and stuff. So that’s kinda fun. “Landmass” was also the Urban Dictionary word of the day. That was very cool.

One of the neatest experiences happened at a Mississippi State football game. I’m sitting there with my family, and I look across the field on the other side and there was an entire row of students that had their chests painted with the letters spelling out “Landmass.” So I jumped up and run around to the other side of the field, and I tell the guard “you see those kids up there? Landmass is my page, and I need to get to them.” They were engineering students. So I took photos of them and made it the cover photo of the page, and it blew up. All the mamas, all the friends started liking the post, and these kids got to shine. I love the fact that they were engineering students, more than anything, because they don’t get recognition very often.

Shepard Smith did a tirade about the Weather Channel regarding the Landmass, giving The Weather Channel hell about it. I mean that was pretty fun watching Shepard go at it. I was thinking “how did this happen?” It was crazy.

At what point did you decide to open an online store?

BELL: It was shortly after the colleges got involved. Mississippi State had “Hail Landmass,” you had “The University of Landmass” and the “University of Southern Landmass.” People were selling t-shirts to promote their schools. About then I started thinking that maybe I should monetize the page – not really for personal gain, but more to show that we are a giving state. A friend of mine created a Landmass logo and created an online store for me. We put our logo on everything we could think of, from aprons to bumper stickers, key chains, t-shirts, boxers, you name it.

A large percentage of the proceeds went to hurricane relief. Rather than just picking a charity, we put it up for discussion on the page. With input from the community, we finally decided on the Salvation Army of Gulfport because they were in the trenches, and we felt like that money was going back out where it needed to go. We raised several thousand dollars for them.

Did you get any response from The Weather Channel?

BELL: They denied making the mistake emphatically and still deny it. But, yes, I think it got to the point where they were so sick of being bombarded with people sending them the Landmass link and abusing them. They say there’s no tape that shows the mistake – maybe it never existed or it disappeared mysteriously. But so many people said “I heard it. I absolutely heard it.” So that’s one of the great mysteries of the Landmass. Did it really happen? Who knows? Maybe it’s an urban legend. I don’t know.

Jim Cantore finally came to Mississippi and took some pictures with people on the coast. Stephanie Abrams was the funniest. She would emphasize the word Mississippi a little too much to show that we were getting mentioned. She would say things like “blah blah… in MISSISSIPPI.” Like that. And it was funnier and funnier because every time she did it, people would send the video, and we’d post it.

BELL: I probably post two or three times a week. If I see something funny about our state, if somebody sends me a link to something I think the Landmass folks would like, I’ll pop it up there.

We were at 55,000 fans at our highest point. And we’re at 52,000 now, and it’s only because Facebook came in and cleaned house. They came in and cut people that had double accounts or deaths, and so on. We lost probably 2,000 people from that cut. But, even though it’s been over three years since the hurricane, we’re really not losing people.

It’s like my child. It’s like my little child. I don’t care if I get the accolades and the likes and all that. It’s more of a therapy for me to post on there because I may be bored and just want to talk so I post something. All of a sudden all my friends have circled and are laughing with me.

I guess more than anything, for all the hype, it’s been a life-changing thing. There are certain people on there that I feel I know because they’re always posting, they’re always commenting. These are people I never would have met otherwise. I’ve actually made new friends from the Landmass page. It’s been a great experience, overall. I wouldn’t change a thing.