A big part of #MWBSpaceWeek is recognizing Mississippi’s historic and ongoing contributions to the American and International aerospace industry.

As of today, virtually every major commercial airliner in service has a major component that was either manufacturered and/or tested in Mississippi. All of the Saturn V rocket engines that carried Astronauts to the moon were tested at Stennis Space Center, as were the shuttle engines. The moon buggy tires were tested at the Corps experiment station in Vicksburg.

“Man may set foot on Mars, but he’ll go through Hancock County to do it!” – Gov. Bryant

Mississippi has a storied history in manned flight development and manufacturing stretching back to the earliest days of productive aviation in 1917. The future looks even brighter. Private companies sub as SpaceX have secured agreements to utilize testing facilities at Stennis. On 8/13 the new NASA SLS (Space Launch System) rocket will be tested at Stennis- an event that we’ll be broadcasting live over our social media properties (which is what spurred #MWBSpaceWeek in the first place). ¬†This is the propulsion system (i.e. rocket) that will power the first manned mission to Mars.

As I’ve heard Mississippi Governor Phil Bryant remark many times, “Man may set foot on Mars, but he’ll go through Hancock County to do it!”

Check out this neat infographic on Mississippi’s achievements in aerospace courtesy of our friends at the Mississippi Development Authority. Enjoy Mississippi in Space day. Make it your mission to tell at least one person about Mississippi’s pivotal role in our past and future aerospace milestones. And stay tuned for much more to come from #MWBSpaceWeek. 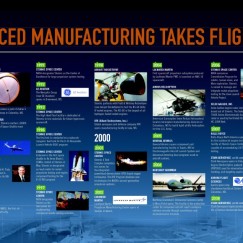