At the risk of the MWB Blog looking increasingly like a tavern, I feel compelled to write a postmortem on our latest #MWBeer30 event. Jon Fisher, Donnie Brimm, and Bethany Cooper from Oxford-based FNC gave a great talk reviewing many of the practices and protocols their company has put in place designed to stir innovation and creativity. I think attendees of this event (4/17) will agree that it really was inspiring to hear a Silicon Valley-esque approach to innovation being undertaken by a company who is committed to being headquartered in Mississippi.

Like I’ve said a million times before, Silicon Valley was an apple orchard 60 years ago. There’s no reason we can’t turn the Delta, red clay hills, pine woods, gulf coast, and mini-Appalachian landscapes that are Mississippi into something at least equally as impressive. And I don’t want to gloss over the fact that FNC – like so many other thriving entities – is committed to a robust corporate headquarters in our state. The company counts the majority of the top 20 banks in the U.S. as clients utilizing their applications. They are rapidly expanding operations into Brazil and Canada. I have a feeling new products are in the offing. FNC basically invented a category and is the market leader. Not bad for Oxford, Mississippi. Heck, that wouldn’t be bad for Oxford, England.

But back to the main point, the latest #MWBeer30. We had a great crowd attend representing Innovate Mississippi, the Mississippi Development Authority, the Clarion Ledger, EatShopPlayLiveJXN, C Spire, and various other highly innovative individuals. After a brief announcement about TEDxJackson 2015 (coming 11.12.15) and watching the newest Star Wars Trailer (yes, it looks uber cool) the folks from FNC took the floor. Here’s what we learned from their 6 minute 40 second presentation: 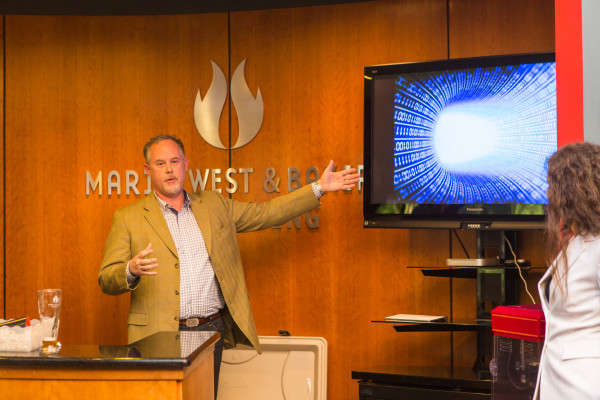 Here’s Jon Fisher from FNC getting into their talk. Many of you may be familiar with the “Pecha Kucha” approach. I was not. This is a presentation that consists of a total of 20 slides and each slide lasts no more than 20 seconds. Jon’s pictured here taking us “through the wormhole” that is FNC’s innovation process. The story I was told was that #MWBeer30 was the first time these guys had used Pecha Kucha in a talk… and they didn’t practice, either. They really had it down seamlessly, so I don’t know that I necessarily believe that “we didn’t do a run-through” story. Either way, they nailed it. This was a highly effective and engaging way to present information, so three cheers on the style points! 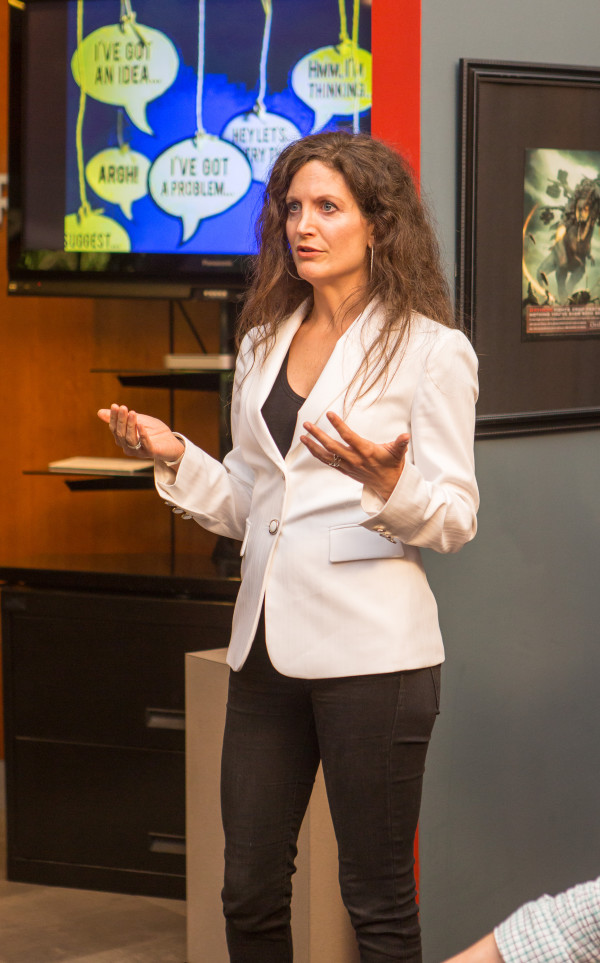 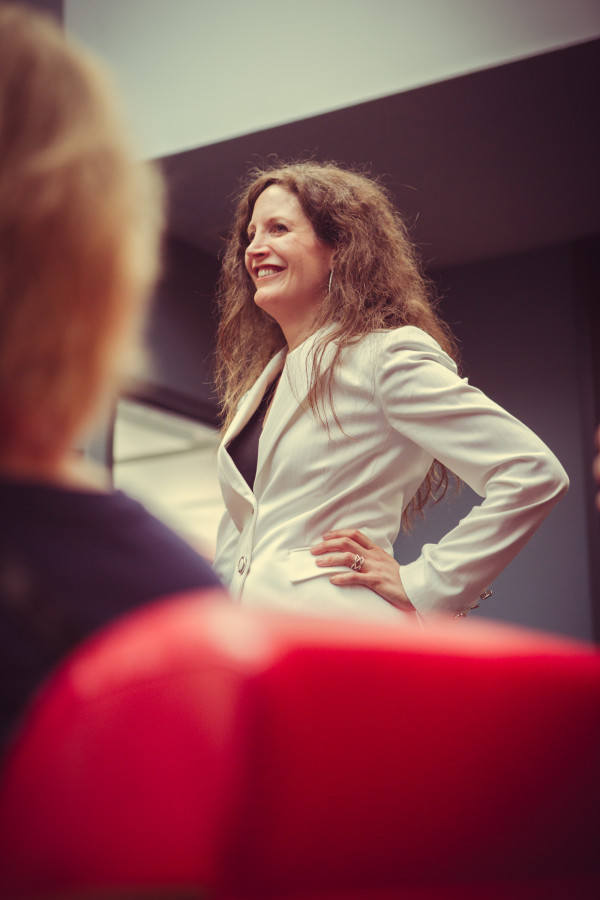 Bethany Cooper of FNC talked specifically about some of the (dare I use the phrase) out-of-the-box exercises that the company utilizes to get the creative juices flowing. These include actual Play-Doh planning sessions. Don’t be skeptical. There’s a reason four-year-olds think they can do anything.

Other hyper-cool practices FNC has implemented include developing and maintaining their own internal Innovation Team, an annual all-night hackathon called The Forge (props to Jon Fisher for having a product from The Forge now in development), and their implementation of the “80/20” work principle. The latter of these, being a concept pioneered by 3M and really made famous by Google, roughly states that an employee has the freedom to spend 20% of their time working on pet projects they believe will contribute to a company’s mission, outside of “sanctioned” job functions.

3. People will show up and talk… for beer… (and for other reasons, too).

Many, many apologies to FNC, but I didn’t learn until they pulled into our world headquarters about 2:45 p.m. that they had actually missed out on the annual FNC crawfish boil to some speak to the attendees of #MWBeer30. I hate the thought of making someone miss their own event like that, but I will also say that we’re not BYOB. We had great craft beer (much of it brewed here in the great state of Mississippi) on hand for sampling. There are so many innovative people in Jackson and across Mississippi that we feel honored to provide a forum to evangelize the growing nature of our state’s knowledge economy, the great creative assets that we possess, and the how companies, organizations, and individuals are really fostering a culture of innovation. 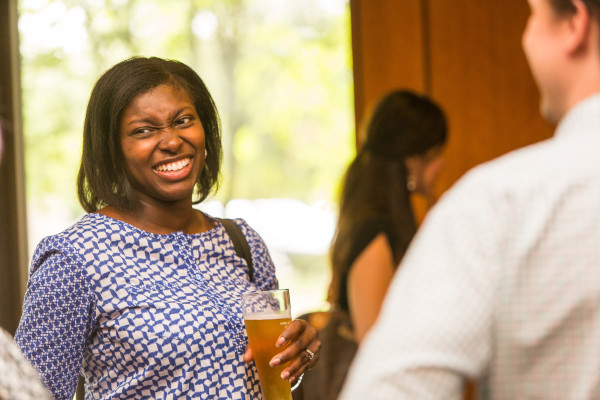 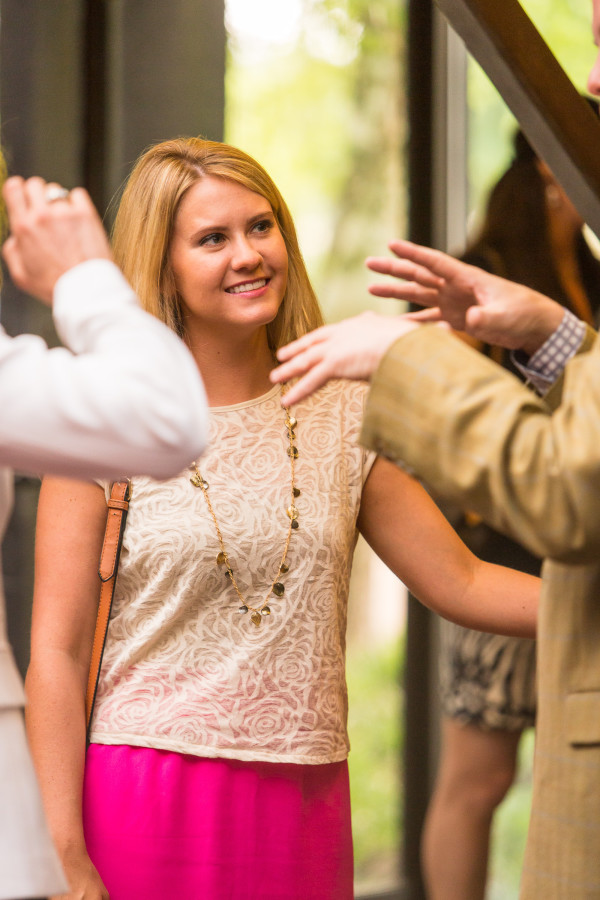 Tasha Bibb (top) and Lynlee Honea (bottom) were among a contingent from Innovate Mississippi who attended #MWBeer30. Innovate Mississippi is a great organization who are champions of innovation culture and entrpreneurialism across our state. Always very glad to see these folks in attendance.

4. Mississippians are engaged and ready to support our knowledge-based companies.¬†

Plain and simple, we (Mississippians) get a bad rap. “We’re a backwater…” “we really can read and write…” “thank goodness for Arkansas…”.¬† Well we say phooey on all that nonsense. And apologies to our friends from the Travelers State, no disrespect intended. I’m just trying to convey the point here that we’re poised and ready to springboard into a prominent place in the 21st century. 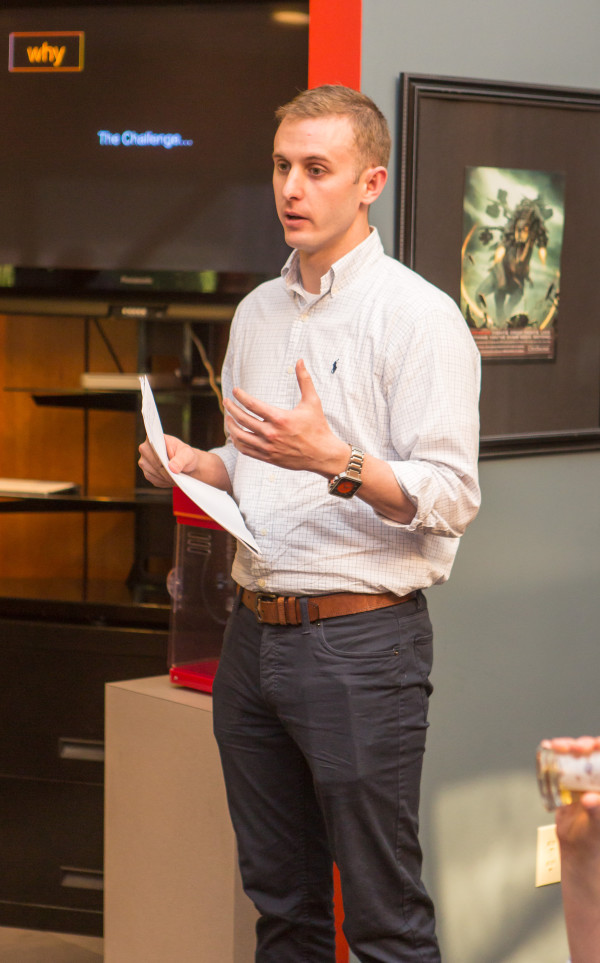 Here’s Donnie Brimm from FNC talking. Donnie and the rest of the FNC crew got peppered with questions after their 6 minutes and 40 seconds were done. And I don’t mean peppered in a “Mike Wallace from 60 Minutes GOTCHA” kind of way. The people at #MWBeer30 were genuinely curious and supportive of¬† great knowledge-based business like FNC and wanted to know more about the industry, the development aspect, and especially what kind of stumbling blocks had the company encountered in implementing a real culture of innovation.

They say that an indicator of creativity and intelligence is the ability to ask great questions. That being said, we certainly had a highly creative and intelligent group of people who attend #MWBeer30. Being a connoisseur of great craft beer is simply a plus. By the way, our craft beer is courtesy of the great guys at LD’s Beer Run, serving a huge selection of local, regional, and national craft brands. Stop by and see them if you’re ever in the neighborhood.

One of the warm-up acts for FNC’s presentation was screening of the new trailers for Star Wars: The Force Awakens. To quote Mississippi icon Marshall Ramsey, “I watched it at least a dozen times and I felt my heart swell when Han said, “Chewie, we’re home.” To quote MWB VP Keith Fraser, “OhMyGodOhMyGodOhMyGodOhMyGodOhMyGod.” Yes, it certainly sends chills throughout your spine. The folks gathering at MWB world heaquarters gave a standing ovation after the trailer. Well, technically they were already standing, but I feel certain if they could have levitated, they would have.

This was actually a happy little coincidence of parallelism. A couple of years ago FNC CEO Bill Rayburn was giving the luncheon keynote talk at Innovate Mississippi’s annual luncheon. During his impassioned delivery (those of you who have ever heard Mr. Rayburn give a talk know exactly what I’m talking about), he made the statement – I’m paraphrasing here – that in the new economy we have to get over not hiring people because of things like tattoos and purple hair and instead be meritorious in our approach. Basically, hire the most creative, innovative, and driven person for the job at hand.

Well MWB new hire Erica Robinson just happened to show up at her first #MWBeer30 sporting a rather glamorous “Friday wig,” as she calls it. Everybody loved it. She’s a great addition to our creative staff and innovative culture and certainly the embodiment of how not to let individualism and self expression be an impediment to raising your organization’s intellectual talent. Can’t wait to see this Friday’s colour-de-jour.

In fact, one of the best TEDx talks I’ve heard was given by purple-haired Heather Crawford at the TEDxAntioch event I also spoke at in 2014. Check out Heather’s talk here, titled “You really ARE what you eat.”

Correction, 1:37 P.M. Also do not be afraid to hire people who’s names are spelled in unconventional ways. I just realized her name is actually “Hether Crawford.” Our apologies, Hether.

So anyway, a great time at April’s #MWBeer30. Again, many many thanks to FNC for sending down some of their most impressive folks to give a great 6-minute, 40-second presentation. We’re already working on the agenda for #MWBeer30 in May, so if you want to keep up with this and other #MWBeer30 events, please opt into our MWB Tap special alter system. Cheers! 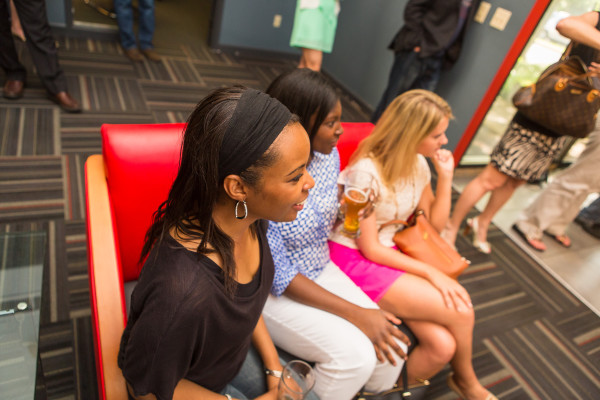 All photography via MWB’s Tate Nations.