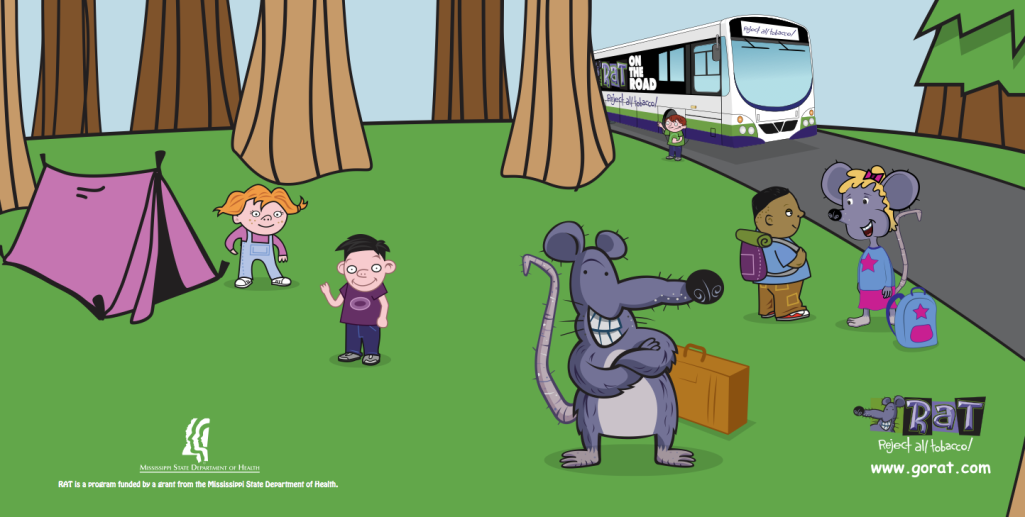 Monday, February 9th was a special day in Mississippi. Terrance the Rat, spokesrat of the Reject All Tobacco! campaign, celebrated his 16th birthday. Well, 16 in people years, anyway. Now that Terrance is old enough to drive, I think it’s about time we honored this Mississippi icon by a never before seen “Behind the Fur” article.

An entire generation of Mississippi kids have grown up knowing that R.A.T. doesn’t stand for “Robotic Action Turtles,” or “Really Angry Turnips.” It stands for “Reject All Tobacco,” and kids have spent the last 16 years repeating Terrance’s mantra. I was fortunate enough to begin my tenture at MWB just as the RAT campaign was about to launch. During the development of Mississippi’s ground breaking tobacco counter marketing campaign, it quickly became evident that there were two radically different youth audiences: the teenage 12 – 17 year-olds (we coined this group the ‘Age of Rebellion… for obvious reasons) and the pre-teen 6 – 11 year-olds. We called the latter group the “Age of Reason” because extensive primary and secondary research revealed that the group, generally speaking:

It was clear that these age groups were radically different in terms of what type of messaging to use, the kinds of concepts that would be effective, and how these messages should be delivered. What was less clear was how to approach this. While it seems like a no-brainer now, things weren’t so cut and dry way back in ’99. Although Mississippi’s tobacco counter-marketing effort was relatively well funded, it certainly wasn’t infinite. And the tobacco program itself had to support a multitude of youth and adult tobacco prevention/cessation services beyond just the counter marketing element. Most experts at the time believed that a messaging campaign targeting pre-teens, especially kids under 10, was a waste of time. Conventional thinking was that tobacco counter marketing wouldn’t really “stick” and that the most immediate impact to tobacco prevalence would be to focus counter marketing almost entirely on the teens.

Fortunately the public health professionals in Mississippi had a greater vision. I shutter to think now that Terrance came close to not being born. Thank goodness Mississippi didn’t buy into conventional wisdom and charted our own course.

The rest, as they say, is history. 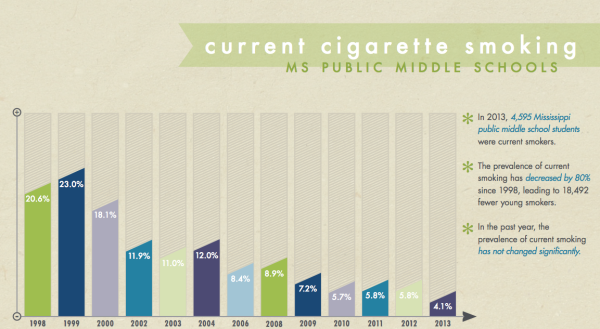 And measurable history, at that. According to the 2014 Mississippi Youth Tobacco Survey, smoking among public middle school students has been reduced by 80% since 1998. To really understand what that means, let’s deal in real numbers: 18,492 fewer Mississippians will become smokers since Terrance and the RAT campaign were born in 1999. Over the course of their lives, these people will miss less days of work, get less sick, not have to deal with disease and death related to tobacco use, and have children who are far less likely to use tobacco compared to kids whose parents smoke. You don’t have to think about it too long to realize the positive and cyclical snowball effect that this has on both the health and economic climates for Mississippi.

The year of Terrance’s birth 23% of all Mississippi public middle school children – nearly a quarter of the population – were current cigarette smokers. Today, just over 4% fall into that category. What a difference a Rat can make. 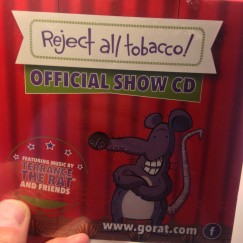 I’m also personally proud to have had some small involvement in the perpetuation of what has become a real Mississippi icon. Terrance the Rat has his own song & dance troupes that perform at schools and events across that state. He has appeared in several interactive games and activities, a children’s storybook and has tagged off dozens of TV commercials. The guy even has his own CD! At one point during the mid-2000’s, ad tracking data showed that Terrance had a higher brand recall rate among Mississippi kids than a certain other, and much older, cartoon rodent (eat your heart out, Mick!).

Terrance has changed somewhat through the years. Really astute observers will note that he’s slimmed up a little (he now enjoys PeanutbutterPastaLight‚Ñ¢) and his collection of friends has grown to include a dragon, a skunk, and even a little sister. The message, however, remains the same. Tobacco is bad. It will hurt you, and those you care about. You better tell somebody. And Mississippi kids have been, for 16 years.¬† Happy birthday, Terrance.

I’d like to add that RAT campaign, when first launched, really was unconventional and flew in the face of what many experts recommended. I think that too often in the area of public policy in general – and public health in specific – we tend to always take a “best practices” approach. In other words, we’re not comfortable implementing something until it has been proven and vetted somewhere else. There is NOTHING wrong with this, let me stress. Why invent the wheel if it isn’t broken, right?

Well sometimes the case calls for inventing a better wheel. After all, if nobody ever tried anything new, there would never be any “best practices” in the first place.¬† Entrepreneurs will say the secret to success is to fail fast and fail cheap. What they really mean is don’t be afraid to take calculated chances, as that is the only way that you can positively change the status quo. The RAT campaign and Mississippi’s work in tobacco counter marketing is a testament to such.