Yes it’s that time for the ubiquitous “look ahead” to what’s expected in 2015. Actually, I read a great article from Fast Company Create that was a list of prognostications from brand managers and creative types. Letting author Jeff Beer do the heavy lifting, we’ll comment on excerpts from his well-done piece. Read the full article on Co.Create.

What are the things (technological, societal, media-related, economic, or otherwise) that will most impact the work you’ll be doing next year?

Tor Myhren, worldwide chief creative officer, Grey: Our industry’s obsession with celebrities became massive this year, and I see this as an even bigger trend next year. Leader brands are using them to flex their dominance, challenger brands are using them as a shortcut to quick buzz, and everyone is using their social media tentacles as a cheaper media channel. I have never seen our industry lean more on celebrity, both as “the idea” and as a media outlet, than we did in 2014. Of course this simply mimics what’s happening in society as a whole. We are and forever will be a culture that cannot take our eyes off the stars. Micro-celebrities (like YouTube celebs) will continue to grow and become a more central part of media and partnership strategies.

I couldn’t agree with Tor more. Especially in regard to the “YouTube celebrity” phenomenon. Back in late 2013 MWB ran with a series of faux YouTube celeb shows as part of our youth tobacco prevention campaign (check out the exploits of Trip and Trey, Coach D-Blast, and Masterdaters here.) I actually believe you’ll see more marketing campaigns creating their own faux celebs on YouTube and other social media channels. It is an uphill battle to push product or even brand attributes via social media simply because it consists of platforms built for personal interaction, not passive messaging. Personifying messages solves that. It’s the evolution of the “spokesperson.” Used to celebrities were hired to be spokespeople because of their celebrity. Today, being a spokesperson actually generates the celebrity. This is a trend on the upswing.

Ben Priest, founding partner and executive creative director, adam&eveDDB London: The only real challenge facing us every year is finding great people. That never changes. 2015 will be no different. Great talent is a rare thing but when you find it your business hits fast forward.

I SWEAR there was no collusion between us and Mr. Priest on this quote. The “Fast Forward Mississippi” initiative is designed to address this very challenge for Mississippi on a statewide level. This is certainly true for creative firms such as ours – we want to find the best, most innovative folks we can and retain them. It’s also true for most other industries in an age in which we are moving into a full fledged global knowledge economy. Sorry for the tangent, but this issue is something in which Maris, West & Baker is deeply involved and I found it interesting that it came up in this article.

Adrian Belina, partner and creative director, Jam3: As people’s interest in Facebook continues to fade we will see fewer requests from brands to do campaigns and apps that reside within Facebook. In the last year, we’ve definitely seen a return to the microsite format, especially for digital campaigns, and I think we’ll be seeing a lot more of it as brands continue to use Facebook as a conversation tool rather than as their main platform.

I totally agree with Ms. Belina. I never believed that Facebook should be an anchor platform. It’s a great conversation tool, buzz generator, and can be useful for PR, but not as the “home” of a brand. There are actually other social media platforms that are better suited for such if that’s the route you take, particularly tumblr. I’m not sure I’m on board with the idea of microsite, though. At least not in the traditional sense. They can be really cool, but you risk having a dilutive effect (depending on the product/service). Not to mention being a management headache. To accomplish the effect of a microsite, I’d recommend a technology overlay such as Get Smart Content. (I’ve also learned that “dilutive” is apparently not currently a word…. so now I own it Dilutive‚Ñ¢.) We actually penned an article about this very topic here way back in February of 2013 titled “Clearing the Digital Kudzu.”

Jon Jackson, global creative director, Huge: People don’t have as much room for b*llsh*t in their lives anymore. With social and political issues top-of-mind for so many right now, we’ll need to employ a greater sense of empathy and understanding in everything we do. Companies that are honest with people and really trying to make their users’ lives a bit better are the ones that will do best. The work we execute next year will be focused on braver ideas, honesty, and empowering people with a little more control over their lives.

Mr. Jackson, I hope you are correct. I do believe there is movement in corporate America toward more of a Tom’s Shoes-esque model. Time will tell how genuine these efforts are, and how genuine consumers perceive them to be. I can foresee a rise in the prominence of “Benefit Corporations” in the global business landscape. The big question will be, if everyone and their brother starts making this empathy aspect part of their brand DNA, how special will it really be? Brands spent the better part of a century convincing everyone that “the customer is king.” A shift to “the greater good” may be the right thing to do, but those who do such at the expense of their consumer experience will likely become non-profit companies (and not in a good way). On a related note:

John Patroulis, chief creative officer, BBH NY: How a company behaves in the world is becoming increasingly important, which is a wonderful thing. Wonderful for the kinds of ideas we can create and the kinds of behavior we can inspire. In a world of perfect information, the activities, values, and stances you take really matter, and affect the health of your business whether you like it or not. A nice side benefit just happens to be happier, more inspired employees, customers, and planet. Using our strategic and creative muscle to help a company find its soul, its authentic space of good, ¬≠and creatively express that in actions as well as communications (or, when done right, actions that are themselves communications) will be an important focus, along with everything else we do with them.

That’s a great point about happier employees, Mr. Patroulis. Many times the “customer is king” model was at the expense of the employees. Remember, that’s how Brad Hamilton (Judd Reinhold) got fired in Fast Times? Dennis Taylor was a total jerk.

Linda Boff, global executive director of brand marketing, General Electric: Virtual reality! We’re fascinated by the limitlessness of it and began creating content for Oculus Rift this year. It’s a great storytelling platform, particularly for GE, because it gives us another incredible way to show how our big machines perform in extreme conditions. We can take someone on a journey to the sea floor or into the human brain.

We’re also paying a lot of attention to connected TVs and thinking about how brands can play with original content. We love that media is becoming more ephemeral through platforms like SnapChat, Yo and Yik Yak, and at the same time, more long form with platforms like Medium.

Data is also going to have an impact on what we do next year. With data, you enable things, and there’s an opportunity for GE to tell stories with smart light bulbs or thermostats as media.

Not sure how compelling stories via light bulbs and thermostats will be, but the potential for wearables such as Oculus Rift is exciting. This from a guy who had his first experience with Google Glass late last year, and totally geeked out over it. The issue will be how well these items integrate into our everyday lives. They may never become as ubiquitous as some prognosticators claim, but then again after growing up watching Zack Morris talk on a brick, who would have thought I’d turn around and go back home just because I left my iPhone!

Those interviewed in Mr. Beer’s article go on to talk about how they are increasingly thinking through branding and consumer touch points at the holistic level. I think this is always the way we need to approach marketing. In an age when message delivery systems are literally customizable down to a person, we tend to let the media platform do the heavy lifting. We have to keep in mind that the media channel is an end to a means. It is FedEx. What is really important is what is in the package when it arrives. Content is and always will be, king.

Full credit of all content in quote blocks above to Jeff Beer and Fast Company creative. I encourage you to read the entire article. 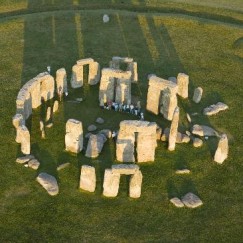 As for Tim Mask predictions of what tactical marketing trends we’ll see congeal in 2015 – I think we’ll begin to see more executions created specifically for aerial¬† drones. Marketing messages for people looking down from above isn’t new. Messages have been painted on the rooftops of barns and big buildings for years. According to Erich von Daniken and Paranoid Rob Lowe, mankind has actually been messaging to flying audiences for centuries. Arial photography and video have traditionally been rare and purpose-specific. As we see camera-ready drones become more affordable and content taken from the air becomes more ubiquitous, it won’t be long before advertisers see the opportunity for product placement. It won’t surprise me a bit if we see a handful of novel ad campaigns this year that are only discoverable from the air. Remember, when it happens, you heard it here.

I suspect 2015 will also see a profusion of viral social-media based “challenges.” The Ice Bucket Challenge was brilliant. There have already been numerous copycats and I suspect more are on the way. Nothing wrong with that. It will be interesting to see what news twists can be incorporated into the concept, though. We may even do a little something for Kids Code Mississippi (… that was a teaser if you didn’t notice… stay tuned).

So we ask the millions of readers of the MWB blog, what are your predictions for 2015?