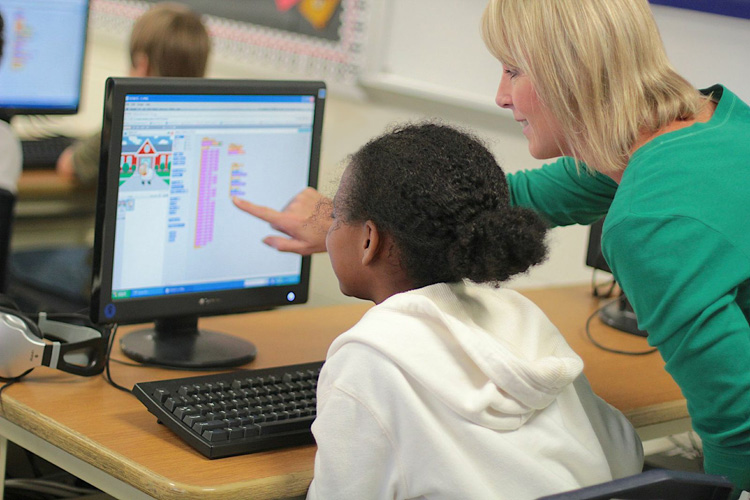 Why is an advertising agency promoting k-12 coding? The way we see it, teaching kids to code is an economic imperative for participation in the computer-driven digital economy that’s fueling growth and development around the world.

According to the computer science advocacy group, code.org, our country is projected to have a shortage of one million needed computer science graduates by 2020. While other countries around the world have expanded opportunities for early computer science education, computer science has actually been in the decline in America over the past ten years. Promoting computer programming education is vital to American economic interests, and it can be an absolute game-changer in Mississippi.

To imagine the impact computer programming skills can have on our state, consider the following:

‚Ä¢ Apple’s App Store has created nearly 300,000 jobs in the U.S. according to the company figures. Considering, Apple represents just one segment of the fast-growing market for mobile apps, it’s clear that the popularity of mobile devices is driving significant economic growth.

‚Ä¢ The American¬†computer gaming industry now¬†rivals our movie industry. It took the game Call of Duty: Black Ops II just 15 days to pass the $1 billion mark in gross sales. That’s faster than the record achieved by Avatar, the highest grossing film of all time.

We need only look to our next door, Louisiana, to see how other states are positioning themselves to spur software development. The state is investing $15 million over the next ten years to increase the number of computer science graduates at LSU. In September, the state¬†broke ground on a new $55 million urban development in downtown Baton Rouge that will include a new IBM Services Center. The development is expected to create 800 new direct jobs.

But success in the software world doesn’t require that type of investment. Knowledge and creativity are the critical assets, not money. Mississippi’s great musical invention, the Blues, was first played on cheap guitars purchased from the Sears’ catalog and front-porch diddly bows. From there, the blues took the world by storm. Our next great revolution could owe its existence to a $300 laptop.¬†Coding, in that sense, levels the playing field. If you “know the code,” anything is possible.

Let’s dream big and make innovation happen on that scale here in Mississippi.