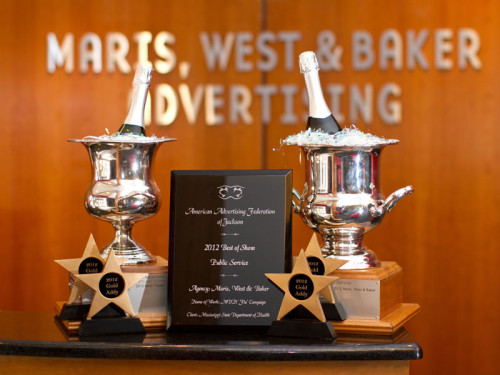 MWB won two of the evening’s best of show awards. The first was Best of Show – Public Service for the agency’s flu prevention campaign for the Mississippi State Department of Health. The second was the Graphic Designer of the Year award, presented to Keith Fraser for his work on the Shack Up Inn poster campaign.