Asking for Likes Gets You More Likes. But Can It Make You Unlikable? 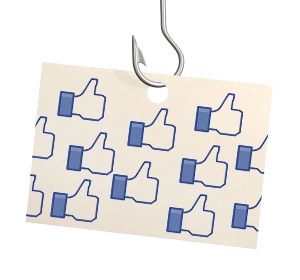 It shouldn’t come as a huge surprise. But now there’s some evidence: Momentus Media, a company that develops Facebook marketing software, recently posted their research findings in this post: Asking Users To “Like” Gets 216% Higher Interaction Rate.

Momentus analyzed nearly 50,000 Facebook posts and found that asking for likes more than doubled the post’s interaction rate, which they define as the number of likes and comments an individual post receives divided by the total number of likes for that page.

Here’s why those likes and comments are so important: Facebook’s EdgeRank algorithm factors those likes and comments into an equation that directly affects how many people see your post. You’ve probably noticed that Facebook now gives you the option of sorting your newsfeed by Top News and Most Recent, right? Well, Facebook determines Top News using an algorithm called EdgeRank, which plugs engagement factors into the calculation. High EdgeRank posts are positioned higher in the feed, and low EdgeRank posts may not show up at all. And, as a result, Top News items get seen by more people.

Other factors which influencing EdgeRank include the type of media you post (pictures tend to get more engagement), how you post (using Facebook’s platform works better than third-party apps) and something they call affinity‚Äî how close Facebook considers the relationship to be between you, the creator, and the potential viewer of your post.

All this begs the question: Is there a tipping point where gratuitously asking for likes has a negative impact on brand perception?

For example, I recently saw a post from a local news station that linked to the story of Casey Anthony’s acquittal. It was accompanied by the message, “Click ‘like’ if you are upset by the Casey Anthony verdict.” Wouldn’t it have made more sense to measure public sentiment by using Facebook’s Question app to conduct a poll? Of course, it would have.

But then, they wouldn’t have gotten all those likes. Obvious “like bait” posts like these do seem to work, as lots of people are willing to click the thumbs-up button as an easy means of self-expression. But you have to wonder how many people see through the scheme and are turned off by it.

I’d be interested to hear your opinions. Do these types of posts have a negative effect on how you view brands? Or is it just good social media strategy?