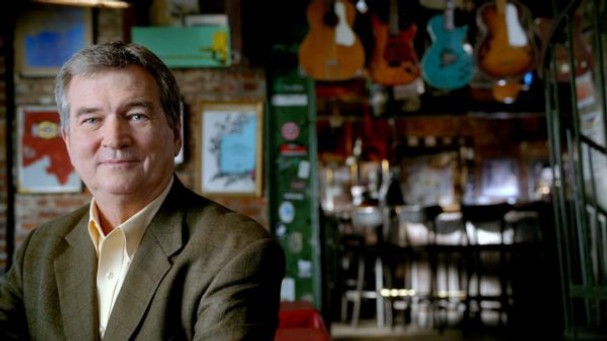 Here’s a nice writeup from the Memphis Commercial Appeal about our client, Cadence Bank, and the branding campaign we put together for them. View on the Commercial Appeal’s Website or read below:

“It’s more about people than products.”

Such is the motivation driving a new marketing campaign from Starkville, Miss.-based Cadence Bank, according to CEO Mark Abernathy.

Cadence, which has five Memphis locations, becomes the latest area financial institution to launch ads in an effort to rebrand and reinforce its image.

The move comes at a time when the banking industry is trying to reinvent itself as stable and trustworthy and re-establish personal bonds with consumers after the economic meltdown of 2008. To do so, bankers are finding that a return to the past offers the key to success in the future.

“Historically, the process has been about developing products and then going out and trying to get people to buy them,” said Abernathy. “All that changed following the last recession. … Now the focus is on listening to what people want and responding to that, rather than the other way around.”

“We still believe that word-of-mouth is the best kind of marketing campaign you can have, but we wanted a way to introduce ourselves to the community after a quarter-century of being in business” said William Tayloe, Financial Federal president. “We’ve found it helpful to remind people that we’re here and that we’re focused on providing them the kind of individual attention they want from a bank.”

Similarly, the former Memphis Area Teachers’ Credit Union, which now operates under a federal charter, on June 21 publicly changed its name to Orion Federal Credit Union and launched a marketing campaign to alert people of its identity.

“When we were founded back in 1957, our membership was limited to educators, but that hasn’t been the case for several years,” said CEO Daniel Weickenand. “We chose the name Orion because that constellation is a great metaphor for what we are: An organization of individual members, that when taken as a whole, create something pretty special.”

Emphasizing that larger institutions can also be devoted to individual customers, Bruce Hopkins, First Tennessee Bank’s president for the West Tennessee Region, said the Memphis-based bank has put forth a lot of effort during the last couple years strengthening its customer relationships.

“Sitting down with clients and going over core financial planning is a key service for us and relates to our mission of maintaining a strong presence in this community,” Hopkins said. “We’ve been around since 1864, but there’s no question that the last few years have been difficult for us and everyone else in this industry. We’re continuing to focus on customers’ needs and by building relationships with them, we’re helping build dreams.”

“From our branches to our call centers to online, exemplary customer service is our first and foremost mission,” DiNicolantonio said. “Our branding campaign says that it’s time to expect more, and we stand behind that. We’re ready and able to deliver it.”

And it’s that sort of mindset that Cadence leaders believe is best for customers and for banking.

“The industry learned a valuable lesson about being bulletproof, or not, and you’re seeing a return to the one-customer-at-a-time model,” Abernathy said. “Banking 50 or 100 years ago was about personal relationships, but the industry got away from that and became sloppy. I’m happy there seems to be a return to that kind of thinking.”